Last month the EBA published a new Handbook on Valuations for Purposes of Resolution.  It follows extensive collaboration with national resolution authorities and the Single Resolution Board (SRB) and seeks to… 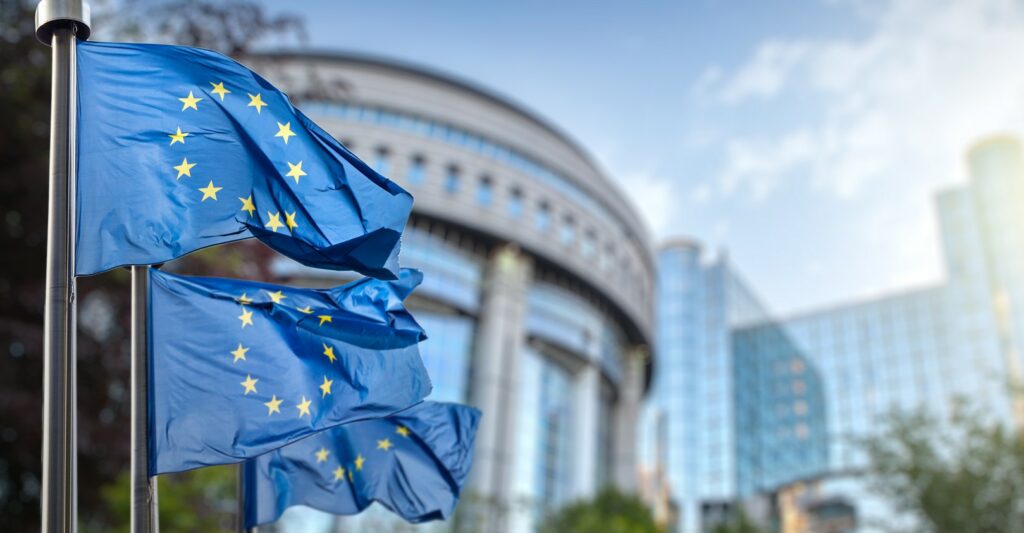 Last month the EBA published a new Handbook on Valuations for Purposes of Resolution.  It follows extensive collaboration with national resolution authorities and the Single Resolution Board (SRB) and seeks to provide guidance on the practical steps of the valuation process.

Valuation professionals and financial regulators are being encouraged to read the Handbook and to familiarise themselves with its content and guidance.

Among the many Valuation Professional Organisation (VPO) members of the IVSC, there are several that qualify and accredit professionals who provide valuations for these purposes. Reassuringly, the International Valuation Standards (IVS) are referenced within the Handbook and indeed provided a context for its development.

The IVSC spoke to EBA Senior Legal Expert, Anna Gardella, and Senior Bank sector Analyst, Andreas Pfeil, to find out more about the Handbook, its origin and the EBA’s aspirations for its use.”

Why was the Handbook developed by the EBA? What factors led to the decision to develop and publish the Handbook?

For what purposes might a resolution authority applying this Handbook seek to obtain a valuation from an independent valuer?

The appointment of an independent valuer is also required in order to perform the valuation after the execution of the resolution action, so called Valuation 3, a gone concern valuation aimed at insuring that no shareholder or creditor is worse off, i.e. that they have not suffered greater losses in resolution than had the financial institution been subject to normal insolvency proceedings.

Preconditions for independence include that the valuer has the knowledge and resources to perform such valuation and that there is for instance no material conflicting interest.

Why is it important to have convergence in the underlying process and approaches to valuation for resolution purposes across the EU and beyond?

Convergence of resolution valuation processes and criteria across the EU aims to ensure that the existence of a common level playing field delivers uniform resolution practices. Uniformity and predictability of the treatment of stakeholders across the EU – including of investors and creditors – is key to the internal market.

A common understanding of valuation approaches, process and methodologies, however, is necessary also beyond the EU and expressly provided by the Financial Stability Board Principles on Bail-in execution of 21 June 2018, in order to achieve an orderly resolution of cross-border financial institutions, which significantly relies on international cooperation of the authorities involved. In this regard, the Handbook purports to be a significant reference also for resolution authorities beyond the EU.

The Handbook is drafted to support valuers and to give assurance to resolution authorities. It’s also recognised for a role in safeguarding the public interest; how will the public benefit from the Handbook?

The Handbook is addressed to resolution authorities and aims at supporting them in the implementation of the valuation process and at facilitating the interaction with independent valuers. In so doing, the Handbook facilitates the efficient operationalisation of valuation in a time of crisis contributing to the effective and orderly resolution. At the same time, the Handbook improves the transparency and predictability of valuation and of the treatment of stakeholders when an institution is under resolution.

The Handbook is not prescriptive as such in that it doesn’t specify detailed actions to be taken by the valuer, instead it welcomes their professional judgement and sets out principles; why is this important?

The key reason for being not prescriptive is that valuers’ independence is paramount in the EU legal framework of valuation for resolution, as further specified in Commission Regulation 2016/1075 on the conditions of independence for valuers. For this reason, the Handbook refrains from being prescriptive and from defining any concrete requirement, for instance on the valuation approaches or methodologies to be used in the specific case. Rather, it emphasises the valuer’s independence on the choice of the most appropriate valuation methodology.

Nonetheless, the Handbook illustrates and clarifies concepts such as “economic value”, and the two general valuation criteria of “hold” and “disposal” values, that have been introduced by the relevant EU Regulations on valuation for resolution. By doing so, the Handbook also aims at stimulating further understanding and analysis of these notions within the valuation community, possibly under the steer of the International Valuation Standards Council, in liaison with the resolution regulators.

Why are valuations for resolution purposes so important? Why does it matter that professionalism and quality in valuation work is improved in this area?

Valuation is critical for resolution since the sweeping powers conferred on the authority, including the writing and conversion of capital instruments, the transfer of business or of assets and liabilities, rely on a valuation in order to determine the amount of such write down, of recapitalisation needs or of the consideration to be paid for the transfers. Needless to say, such decisions have great impact on shareholders and creditors.

The EU legislator acknowledges the complexity and specific professional expertise required to perform such valuations and has entrusted this task to external professionals. At the same time, it is important to recognise that the specific purpose for which these valuations are performed and the circumstance that they have to fit within the existing resolution regime make such valuations of a special nature calling for specific awareness and preparation by valuers.

What are the risks posed through poor or inconsistent valuations for the purposes of resolutions?

What have resolution authorities said in the past about issues relating to valuation?

Given its critical role for the adoption of the resolution decision, valuation shares many of the complexities and challenges of the resolution process: it has to be performed fast, with the available data and in full confidentiality to avoid bank runs. The little familiarity with the resolution regime, fast pace of the process and the poor availability of data have appeared to be common issues in past cases.

The Handbook refers to the International Valuation Standards (IVS), including extensively in the Annex; how have the IVS helped to inform and enhance the Handbook?

Despite being non-binding, the IVS are commonly considered as an authoritative source of reference on best market practices in the valuation profession. This was confirmed through our discussions with valuers. IVS are well known among valuers and provide a common ground that may often been relied upon for the performance of valuations.

By including a specific mention to IVS, the Handbook acknowledges them as an appropriate reference in order to establish a common language with valuers and to raise awareness among other stakeholders in such valuations. This is without prejudice to the fact that some key concepts of valuation for resolution, the notions of “economic value”, “hold” and “disposal” values that are set out in EU regulation are resolution specific and as such, they rather have to been interpreted and applied in light of the resolution regime and are not necessarily 1:1 comparable to IVS.

If the Handbook is not mandatory then how will resolution authorities be encouraged to apply it?

The Handbook is the result of intense and close cooperation among national and EU resolution authorities as well as informal dialogue with the valuation community with the view to test the soundness and robustness of its content. Considering the process followed for its development, we can say that the Handbook reflects the regulators’ current view on valuation across the EU. In light of its non-prescriptive character, it also leaves scope for flexibility and discretion which are important in case of actual resolution.

What has the response been to the Handbook among resolution authorities and other EU institutions?

The national resolution authorities within the EU and the Single Resolution Board (SRB) have been strongly involved in the development of the Handbook, as it was a key aim to meet their needs. As a result of discussions at different levels of the EBA’s internal governance, representatives of the resolution authorities broadly welcomed the Handbook. In addition, the exchange with the private sector, including different groups of stakeholders, such as the IVSC, showed the existence of significant interest in this topic. To give an example, the publication of the Handbook has been extensively covered by market analysts from investment banks and research institutions, which have examined its content and potential implications on future resolutions.

How will the EBA monitor the rollout of the Handbook and gauge its success? Are there any plans to work with resolution authorities to help institute the Handbook?

The EBA, together with resolution authorities’ experts on valuation, is still working to complete the part of the Handbook dealing with financial institutions’ preparedness to provide data and information to support the valuation. The general view is that valuation for resolution will continue to be a living stream of work in the years to come and that the EBA is the appropriate institution to exchange application experiences and improve the process if need be.

You can find out more about the EBA Handbook and download a copy here.