The IVSC is led by a staff team which includes seconded expertise.  The IVSC is headquartered in London, UK. 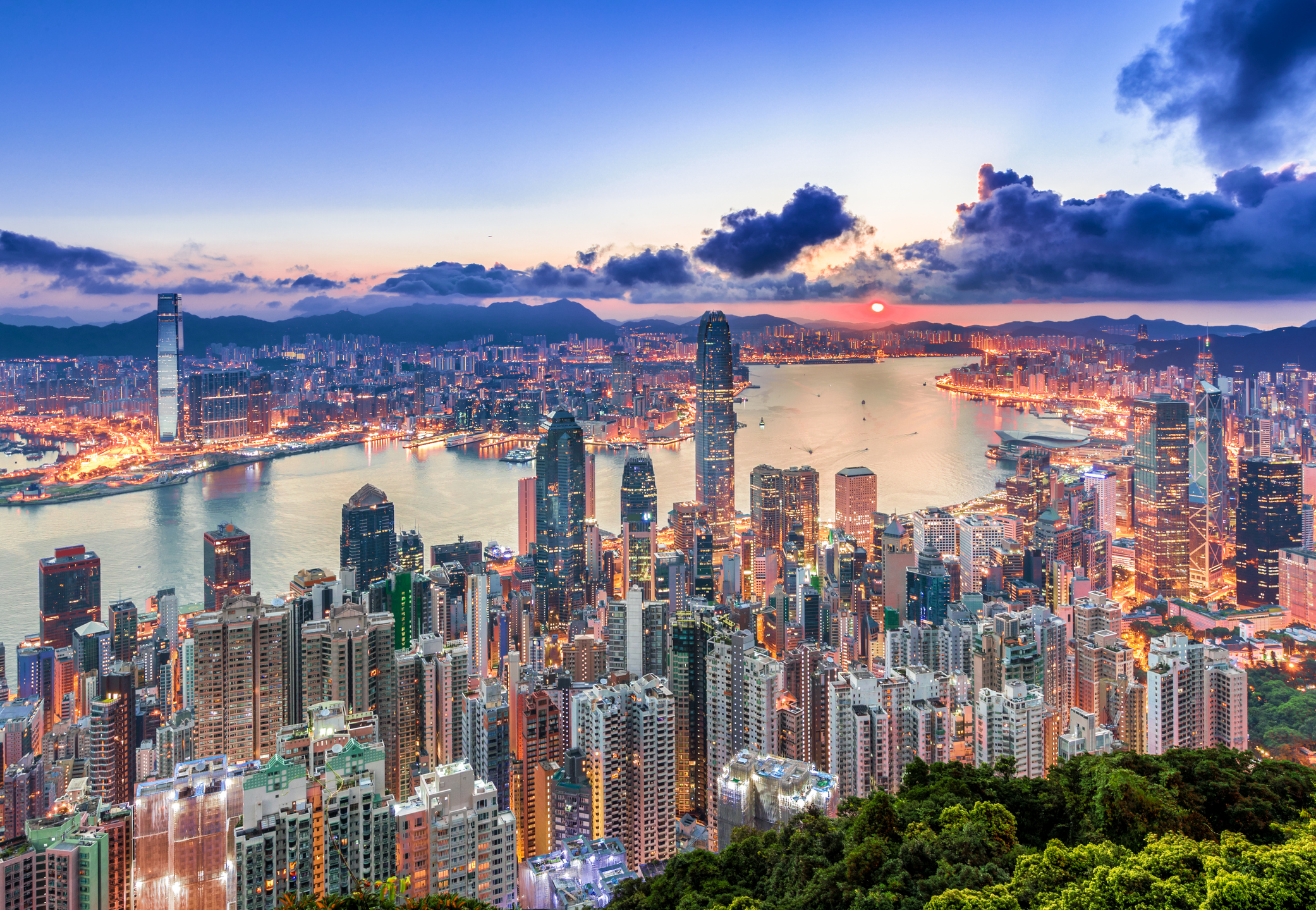 Learn more about the team leading the IVSC.

Louise Nicholson
Office Manager and PA to the Chair

Sir David was educated at Edinburgh University (BCom 1966, PhD 1969) and qualified as a Scottish Chartered Accountant in 1972. In 1990 he moved from a role as national technical partner at KPMG to be the first full time chairman of the UK Accounting Standards Board.

In January 2001 he was selected by the trustees of the IASC Foundation to be the first Chairman of the International Accounting Standards Board (IASB) and CEO of the Foundation. He led the Board for ten years until his term ended in June 2011.

In 2001, only a handful of countries used international standards (IFRS) but by 2011 over 120 countries required or permitted their use. During his tenure at the IASB he met on a regular basis with government ministers and senior officials in many of the world’s major economies. He was a member of the Financial Stability Board and came into regular contact with national and international financial regulators.

He is a Fellow of the Judge Business School at Cambridge University and a visiting Professor of Accounting in the Management School at Edinburgh University, having previously held visiting professorships at the Universities of Lancaster and Bristol. He has received honorary degrees from eight British universities.

He was knighted in 1994 and has received many other honours and awards in recognition of his for service to the accounting profession. Sir David became President of The Institute of Chartered Accountants of Scotland, the world’s oldest professional accountancy body, in April 2012. He chairs the Royal Household Audit Committee for the Sovereign Grant.

Nicholas brings three decades of capital markets, corporate finance and valuation experience and will lead the IVSC’s growth across the region, with a focus on business valuation and intangibles.  In his role as IVSC Asia Director, Nicolas leads IVSC’s market outreach and engagement with member and sponsor organisations, as well governments and regulatory entities across Asia.

Nicolas was previously the Managing Director (Valuations) at EverEdge Global, a consultancy specializing in intangible assets.

Between 2010 and 2017, Nicolas was a corporate finance advisor and Investor Relations officer for corporate clients in several industries, including Renewable Energy.

From 1994 to 2010, Nicolas spent sixteen years in equity markets in Paris, London, New York, and San Francisco in an array of functions from trading to Institutional sales for firms such as SE Banken (Enskilda), Credit Agricole and Sanford C. Bernstein, a subsidiary of Alliance Bernstein.

Nicolas is a Chartered Financial Analyst (CFA) and a Chartered Valuer and Appraiser (CVA). He is an Associate Member of the American Society of Appraisers (ASA).

He was awarded the Lim Chong Yah Academic Gold Medal for his Nanyang Fellows MBA at Nanyang Technological University in Singapore. He graduated from the Institute for Political Science (“Sciences Po”) in Paris, France.

Kevin Prall is Minneapolis Market Leader for Strategy & Transactions – Valuation & Modelling at EY. Kevin has over fifteen years’ experience in providing financial advisory and valuation consulting services to middle market and large, multi-national clients throughout the world. Prior to joining EY, Kevin was a Managing Director in the Valuation & Business Analytics practice of BDO.

Alistair Darling was appointed Chair of the IVSC Board of Trustees at the IVSC’s Singapore AGM in October 2019. Alistair was previously UK Chancellor of the Exchequer from 2007 to 2010. Prior to this, he held a number of UK Government Cabinet positions, being one of only three people to have served in Cabinet continuously since Labour was elected to government in the UK in 1997.

He is a Fellow of the Judge Business School at Cambridge University and a visiting Professor of Accounting in the Management School at Edinburgh University, having previously held visiting professorships at the Universities of Lancaster and Bristol. He has received honorary degrees from eight British universities.

He was knighted in 1994 and has received many other honours and awards in recognition of his for service to the accounting profession. Sir David became President of The Institute of Chartered Accountants of Scotland, the world’s oldest professional accountancy body, in April 2012. He chairs the Royal Household Audit Committee for the Sovereign Grant.

Kumar is currently the Technical Director (part-time) at the IVSC, responsible for IVS 500 Financial Instruments.

Kumar, until recently was the Technical Director at the IASB in charge of all projects on IFRS 9 Financial Instruments. He was also responsible for projects dealing with fair value measurement under IFRS 13 for financial instruments at the IASB.

Prior to that Kumar was a consulting partner with PriceWaterHouseCoopers advising companies, financial institutions and government bodies on treasury, credit risk and accounting matters. In addition Kumar has also worked with Barclays Capital UK.

Lucas Weiss provides seconded expertise to the IVSC’s Financial Instruments Board.  He is a Vice President at global investment bank, Lincoln International, where he performs valuations of illiquid investments for a variety of clients, including private equity funds, public business development companies, private credit funds and other alternative asset managers.

Prior to joining Lincoln, Lucas was a Senior Associate at PwC in the Capital Markets & Accounting Advisory Group.  At PwC, Lucas provided advisory services on IPOs, divestitures, capital raises and other transactions.

As Director of Marketing and Communications, Richard is responsible for the IVSC’s external communications, stakeholder engagement, digital channels and brand activities with a focus on growing awareness of, and demand for IVS and valuation professionalism across international markets.

Richard joined IVSC in January 2018. Prior to this he was Head of Global Corporate Affairs within a prominent international standard-setting organisation operating in 40 countries and with more than 130,000 professional members worldwide.

Richard has experience working with valuation and other professional standards organisations throughout the world and has presented regularly on strategic communications in standard setting, including at meetings hosted by the World Bank (2013) and United Nations (2015).

Richard led communications, research and policy development projects at the UK Government’s Foreign and Commonwealth Office between 2009 and 2013. He worked as an EU and economic policy research specialist at the National Assembly for Wales (Cardiff and Brussels) after completing a Master’s Degree in International Relations and Politics at the University of Bristol in 2006.

Nick worked in various senior client facing and internal roles at EY and KPMG between 1998 and 2011, before joining the professional body RICS as a Director with global responsibilities. In 2015 Nick was asked to become interim CEO of IVSC and lead a restructure which he did before being offered the full time CEO role by the IVSC Board of Trustees in 2016.

Since joining the IVSC, Nick has overseen the introduction of technical standards boards for all valuation asset classes. Nick has placed a strong focus on the adoption of IVS which has seen its use increase significantly throughout the world over recent years. He has led efforts to foster and enhance partnerships and collaboration with governments, leading financial and market regulators and other global standards setters. Nick has also overseen a strong growth in the IVSC’s member network, which has almost doubled since 2015 and now includes prominent organisations in all regions of the world.

Nick is a well-known public speaker both for IVS, and outside of work for various Cystic Fibrosis Charities around the world. As part of his charity fundraising work, Nick achieved significant media coverage before becoming the first person with Cystic Fibrosis to summit Everest in 2016 (having previously survived two major natural disasters during earlier attempts). His efforts for work and charity have brought various accolades including a Point of Light Award from the UK Prime Minister.

Nick was educated at Lancaster University (1994-98) during which time he also spent periods living and working in France and Italy.

The International Valuation Standards Council (IVSC) is the independent global standard setter for the valuation profession.

We set the International Valuation Standards (IVS) which promote consistency and professionalism in the public interest.