Earlier this year, Mynaski International become the first Latin America-based corporate member of the IVSC. It follows a growing awareness of, and demand for IVS across the continent, in part prompted through… 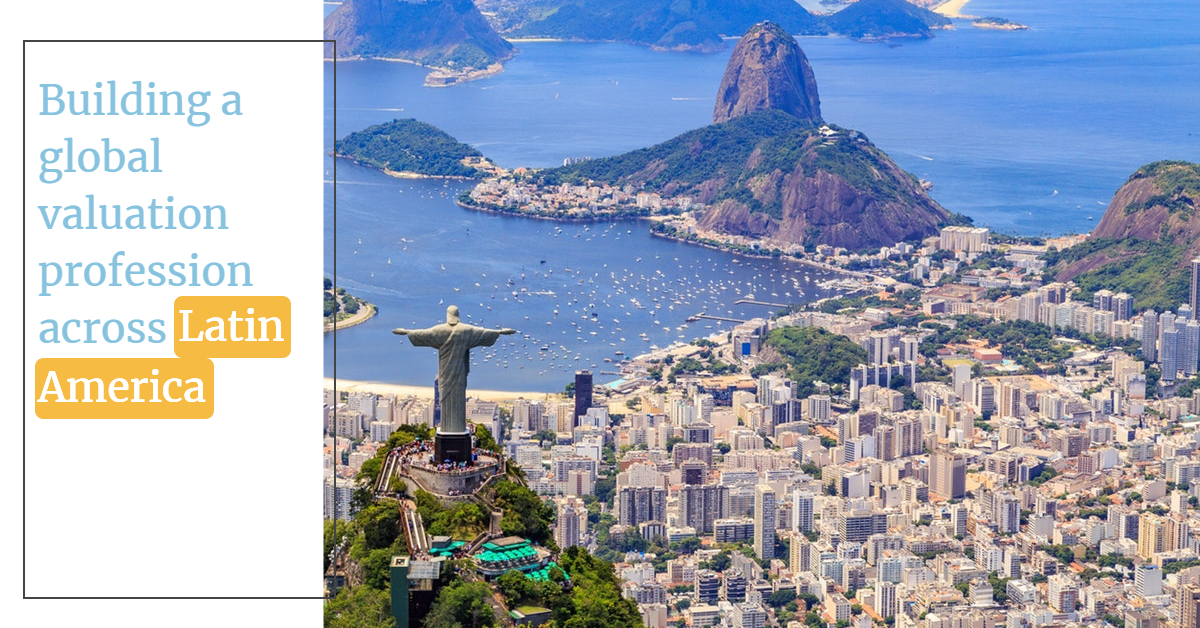 Earlier this year, Mynaski International become the first Latin America-based corporate member of the IVSC. It follows a growing awareness of, and demand for IVS across the continent, in part prompted through the adoption of IVS by entities such as IBAPE (Brazil) and the Union of Pan-American Valuers Associations (UPAV), and in part by the growing integration of IFRS as a basis of financial reporting across the region.

A spotlight on Latin America

Latin America is a hugely diverse continent, characterised by developed and underdeveloped regions.  Generally speaking, the developed regions are fully integrated into the international market and their professionals, including accountants, auditors and appraisers, are aware of and disseminate international standards such as IFRS for financial reporting and IVS for appraisals.

By contrast, in the underdeveloped regions, there has historically been a low uptake in professional qualifications.  The professional infrastructure is limited and practical awareness of international standards is lacking.  It is perhaps fair to say that this has had a fundamental influence on the investability of some regions, certainly when it comes to foreign investment into Latin America.

Despite this being the case, there is a growing appetite to see standards of professionalism emerge across the whole region as a means of establishing greater integration with the international marketplace.  The opportunity to foster a strong and credible valuation profession in the region is real and compelling.

Latin America as a region has moved through a number of development cycles that have generated considerable profits for local companies in recent years.  In tandem, domiciled businesses, through these increased profits, have started to expand into new markets, both within and outside Latin America.

At the same time, the infrastructure and consumption demands of the 700+ million people that call Latin America their home, have, unsurprisingly, created huge opportunities for international companies to invest in the continent.  This has been quite pronounced over the last two decades, with significant foreign exposure to commodities industries and agriculture.

Both of these dynamics – outward and inward investment – have contributed to the region’s rising GDP, a byproduct of which has been the integration of regulatory systems and processes with international norms. 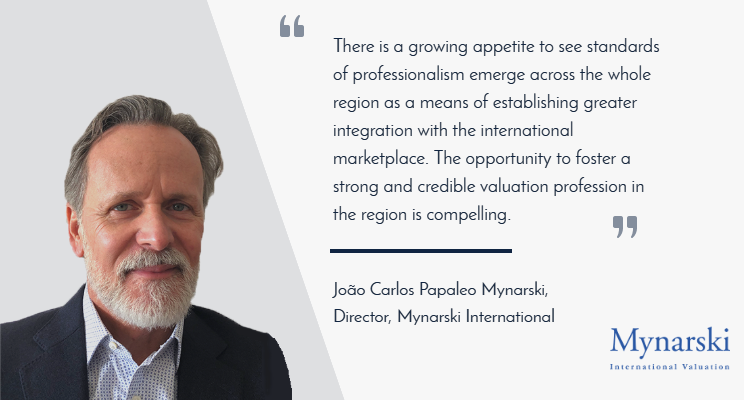 The evolution of valuation professionalism

Since the emergence of International Financial Reporting Standards (IFRS) over recent years, the valuation sector has moved more prominently under the spotlight. Appraisal services are now more integrated with other areas of the financial world, from accounting and tax, to mergers and acquisitions, IPOs and fixed assets. As a result, valuation professionalism has become more mainstream and attained a higher level of respect. It has also undoubtedly improved the quality and consistency of data available in the marketplace.

There is a marked difference, however, in the extent to which the public and private sectors view the need to institute international, transparent standards, with the former motivated to move quickly towards this eventuality.  The private sector sees the crucial need to enhance transparency if Latin American markets are to compete for international trade and investment on the competitive world stage. 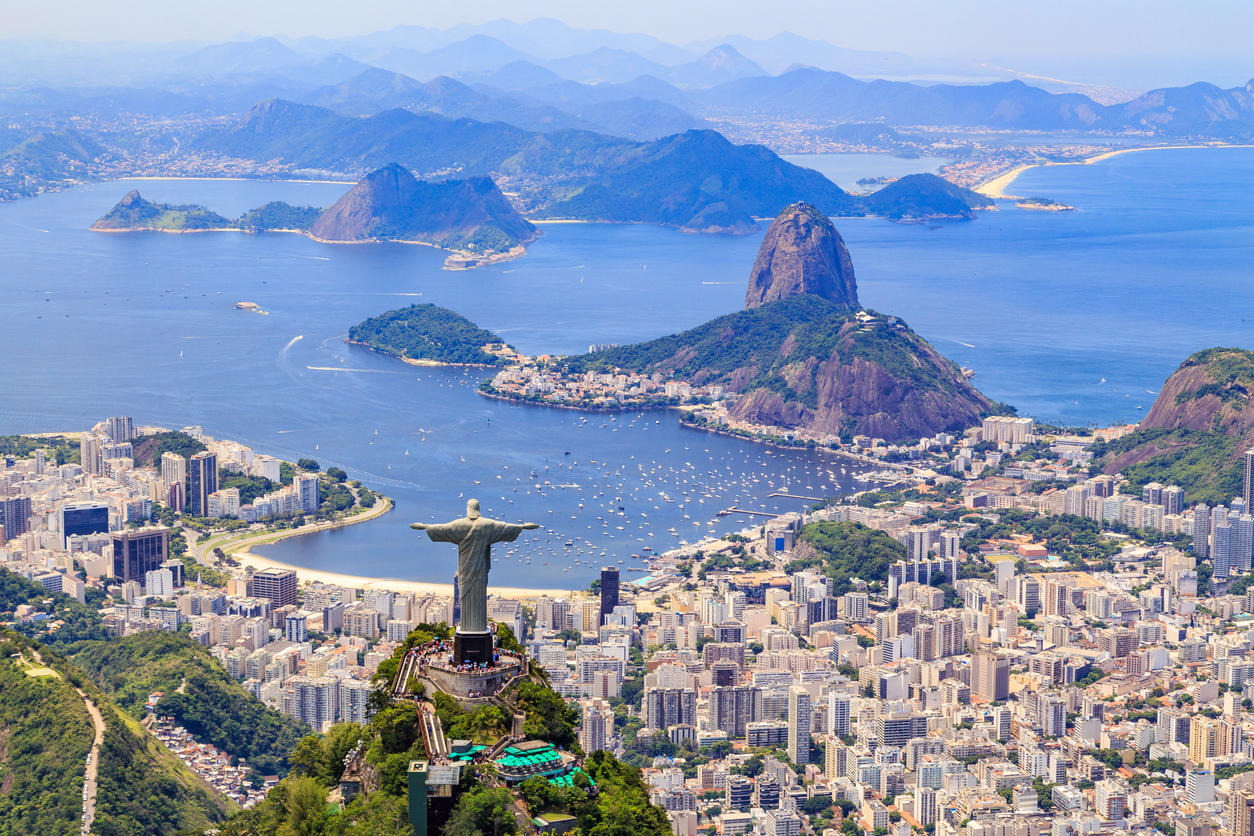 The globalization and standardization of appraisal work is ongoing.  There is still a great distance to go in the journey towards a fully established and internationally aligned valuation community across Latin America. However, that reality is not unique to our region.

The infrastructure is also needed in order to develop the professionals of the future and to equip and empower valuers with the skills and knowledge they need. Organisations such as RICS have been very active and have contributed significantly to development over recent years. However, there remains much to do.

Companies such as ours are playing a key role in driving forward this evolution. New technologies and software are helping to improve confidence in valuation data by giving users the tools to interpret large datasets. This is something Mynarski are at the forefront of developing, and it is something clients demand today in a world inundated with information.

The future for the valuation profession in Latin America is exciting. The journey ahead will include obstacles, but the benefits to practitioners, business, investors, the public, and to the economy of Latin America as a whole are obvious.

The future of the profession will rely on the provision of education and training; on recognised and respected certifications; on the application of international standards; and on the presence of professional institutions (domestic and international) that can offer the necessary infrastructure and equip practitioners with international best practice. The IVSC is key to this, and to the regulation of appraisal standards across the valuation profession in all asset areas. The result of this work can already be seen in the increasing confidence of investors and expansion of global trade.

Latin America represents around 6% of the world’s GDP. We know we often give preference to the biggest markets, but it’s 2019 and it’s time to integrate Latin America with the rest of the world!

João Carlos Papaleo Mynarski is the head of Mynarski International Valuation a leading appraisal company in South America with over 2,000 clients an annual revenues in excess of US $300 million, covering 98% of all business sectors. Mynarski appraises companies representing more than 30% of South America’s GDP.

João Carlos is a civil engineer by background, specialized in appraisals and member of American Society of Appraisers (ASA), Royal Institution of Chartered Surveyors (RICS) and Brazilian Institute of Appraisers (IBAPE). These certifications have supported the development of Mynarski International Valuation which is the only multidisciplinary appraisal company in Latin America.

João Carlos has 36 years of experience as an appraiser of tangible and intangible assets and business Valuation. He has dedicated himself to developing the profession of appraisers to meet the requirements of national and international companies operating in Latin America.