The IVSC, its members and sponsors thanked Sir David Tweedie at the AGM in Singapore today, as he stood down after seven years and two terms as Chair of the… 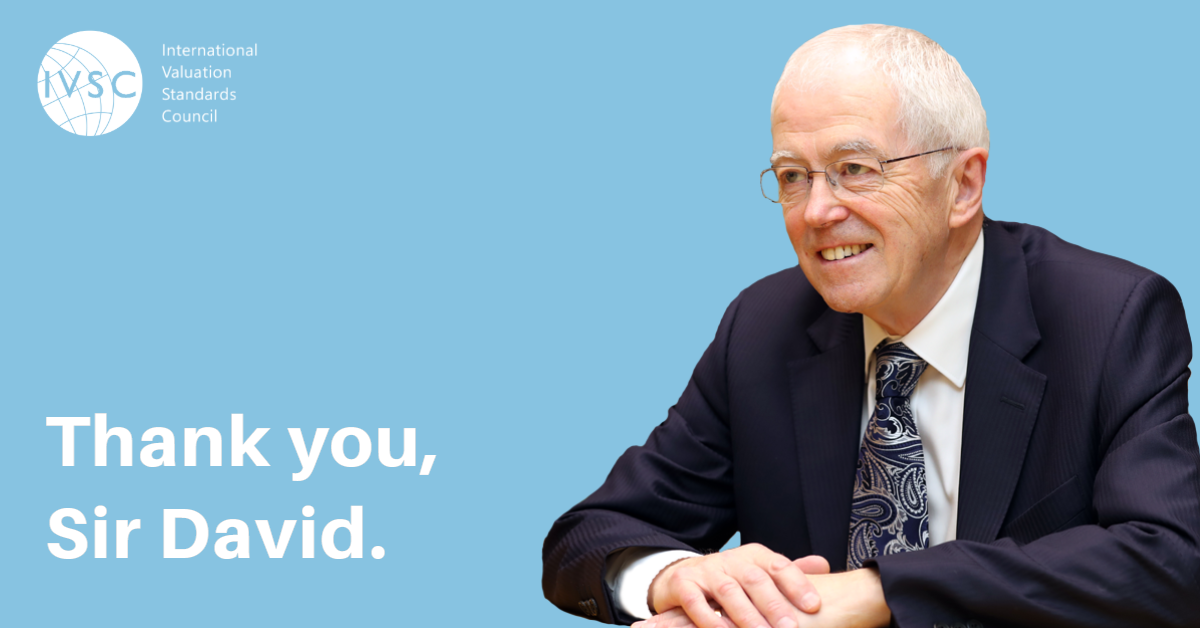 The IVSC, its members and sponsors thanked Sir David Tweedie at the AGM in Singapore today, as he stood down after seven years and two terms as Chair of the Board of Trustees.

Sir David joined the IVSC in 2012, following more than a decade leading the International Accounting Standards Board from its inception in April 2001.

Over the course of the last seven years Sir David has been instrumental in driving the IVSC forward and elevating the global valuation profession. His commitment and dedication to standard setting has seen the International Valuation Standards now translated into ten languages and applied in more than 100 countries.

As Chair of the Board, Sir David has overseen three revisions to the international standards; the rapid growth of the IVSC’s network of member and sponsor organisations – now totalling 148 organisations operating across more than 130 countries; and the maturing of partnerships with leading authorities including accounting standard setters, securities regulators, the World Bank, European Banking Authority and APEC.

Following a long and successful career setting International Accounting Standards, Sir David brought with him to the IVSC a clear vision of the importance valuation plays in safeguarding financial markets. His experiences through the global financial crisis, when he found himself locked into discussions with central bank and political leaders set on averting future crises, fuelled his commitment to advancing valuation professionalism. This energy and determination is no less apparent today as he passes the baton on to his successor, former UK Chancellor of the Exchequer, Alistair Darling.

Commenting on David’s departure, IVSC CEO, Nick Talbot, said: “We are immensely grateful to Sir David for his energy and dedication to the IVSC and the global valuation profession over the last seven years. His wisdom and humour have been invaluable to me and to his many colleagues and friends. During his time as Chair of the Board of Trustees, David has been instrumental in driving forward the IVS which are now applied by valuers in more than 100 countries. He has also succeeded in overseeing an evolution in the standards development process, culminating earlier this year in the formation of the new Financial Instruments Board. He departs with the IVSC in a great position, working with our members and sponsors, to further elevate the valuation profession in the public interest.