Former Finance Minister joins the IVSC Board of Trustees 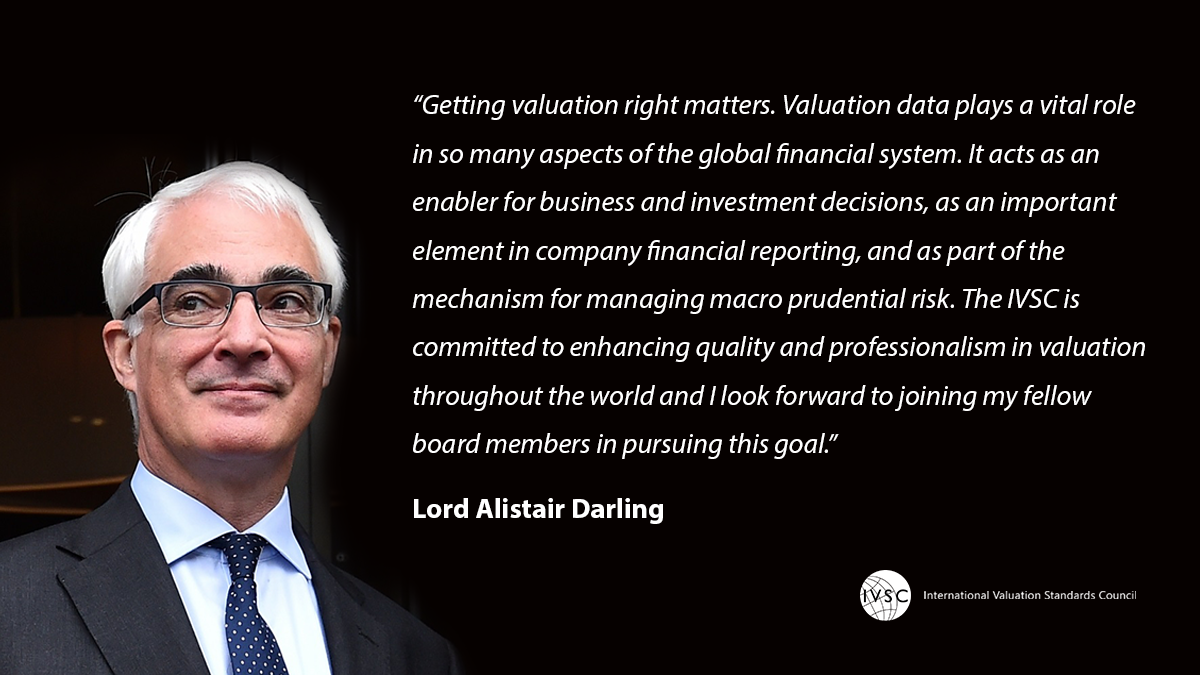 Former UK Chancellor of the Exchequer, Alistair Darling, appointed to the IVSC’s key oversight board

Former UK Finance Minister, Alistair Darling, has been appointed to the Board of Trustees of the International Valuation Standards Council (IVSC). He will join fellow trustees, who volunteer their time to the IVSC, in overseeing the strategy and mission of the organisation, the independent body responsible for setting International Valuation Standards (IVS) which are applied today in more than 100 countries worldwide.

Alistair served as Chancellor of the Exchequer – the UK Government’s chief financial minister – from 2007 to 2010, against the backdrop of the most turbulent and far-reaching economic crisis the world had seen for 60 years. He introduced the measures needed to avert a collapse of the banking system, and played a central role alongside other political and financial leaders in restoring stability to global financial markets.

Before being appointed Chancellor in 2007, Alistair held a number of ministerial roles within the UK Government, including Chief Secretary to the Treasury (1997-98), as Secretary of State for Work and Pensions (1998-2002), Transport (2002-06), and Trade and Industry (2006-07) where he was also President of the Board of Trade. He was appointed to the House of Lords in 2015. 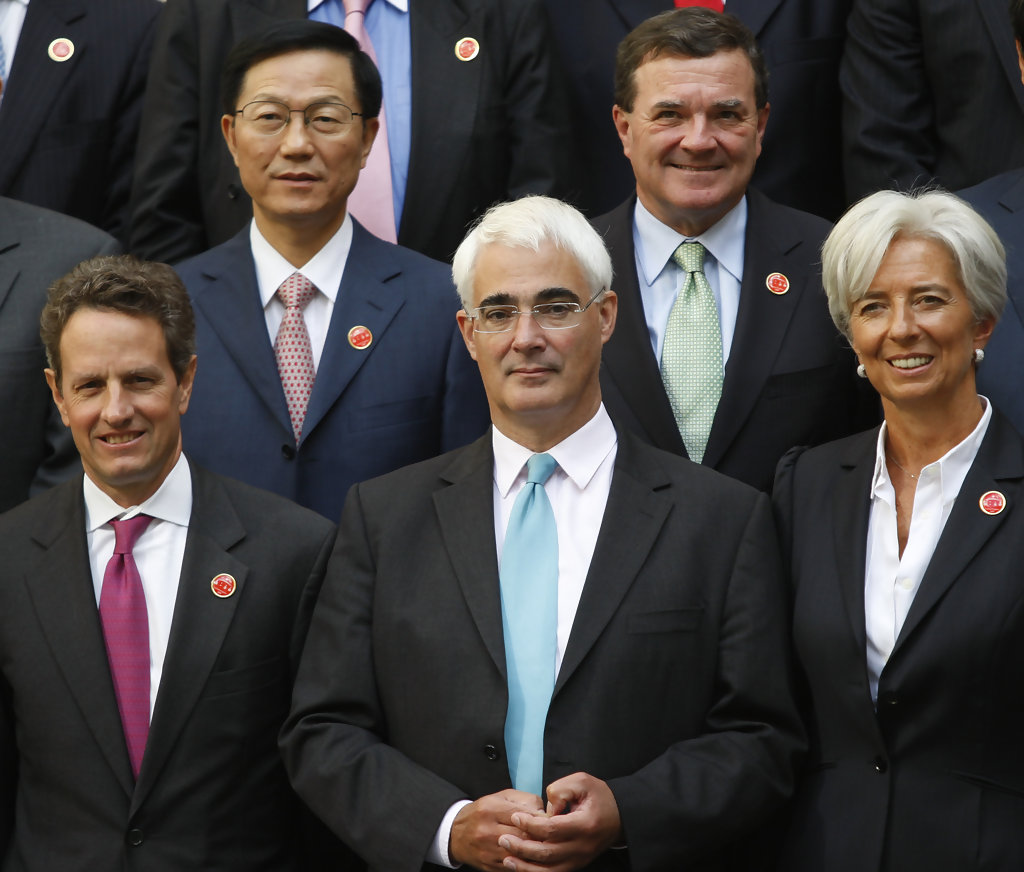 Alistair Darling with fellow finance ministers from the US, China, Canada and Franceduring the G20 Finance Ministers meeting in 2009

Valuation data plays a vital role in the functioning of global financial markets. From M&A activity to IPOs; financial reporting to prudential regulation, valuation data matters. Despite the huge bearing valuation has on the global financial system, the standards applied by valuers can differ significantly between jurisdictions in what is a largely unregulated profession. In some contries valuation standards are lacking entirely. Asset values have the potential to vary enormously depending on the standards used and the levels of professionalism available.

The IVSC brings together professional organisations, regulators, standard setters, preparers and users of valuation data to establish high-level international rules of engagement. In doing so, financial markets and investors gain through greater transparency and certainty in the data that is so heavily relied upon. The IVS cover valuation best practice in asset classes as broad as real estate, equipment, business and intangibles. Later in 2019 the IVSC will publish a major consultation seeking views on proposed standards for valuing financial instruments, the first such standards of their kind.

Commenting on the appointment, IVSC Chairman, Sir David Tweedie, said: “I am delighted that Alistair has agreed to join the IVSC’s Board of Trustees at such an important and exciting time for the organisation, as markets around the world work towards the adoption of International Valuation Standards in the public interest. In a period when trust is critical to the operation of the global economy, Alistair is a hugely respected figure and somebody who embodies the organisation’s commitment to building confidence in valuations, so vital to international economic decision making.”

“Getting valuation right matters. Valuation data plays a vital role in so many aspects of the global financial system. It acts as an enabler for business and investment decisions, as an important element in company financial reporting, and as part of the mechanism for managing macro prudential risk. The IVSC is committed to enhancing quality and professionalism in valuation throughout the world and I look forward to joining my fellow board members in pursuing this goal.” Alistair Darling

Nick Talbot, IVSC Chief Executive, commented: “We’re excited to have Alistair join our Board of Trustees and look forward to gaining from his considerable expertise in the world of finance. Trustees provide an essential oversight function which gives credibility to our work, including the standards set by the IVSC’s technical boards. With his background and extensive knowledge of the global financial system, Alistair will undoubtedly add further strength to this independent oversight.”

Click here to find out why valuation matters and how the IVSC is working to enhance standards and professionalism here. 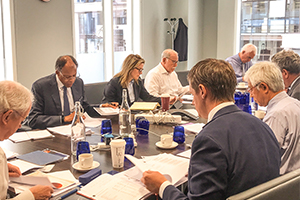 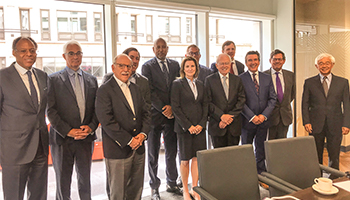